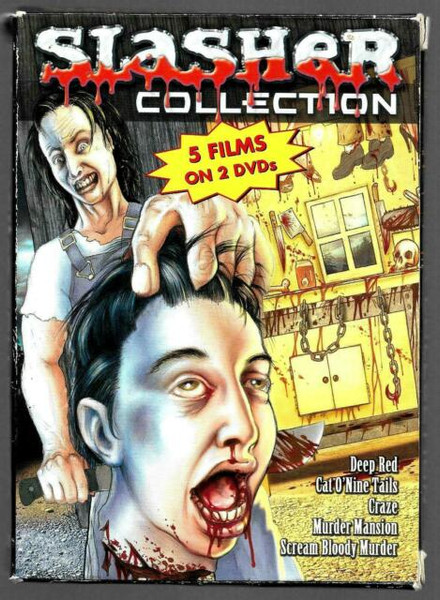 Who doesn't love Slashers? A  horror film involving a psychopath stalking and murdering a group of people?
Count me in!

Including the following movies:

This product hasn't received any reviews yet. Be the first to review this product!